In this, the Management expect you to wash your laundry... – Foto de Casa el Morro, Lanzarote

Foto de : In this, the Management expect you to wash your laundry... 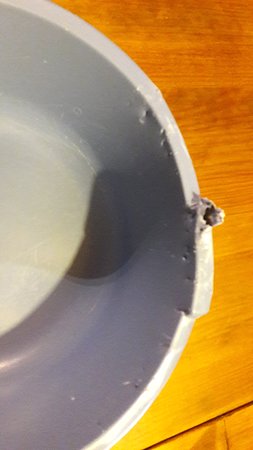 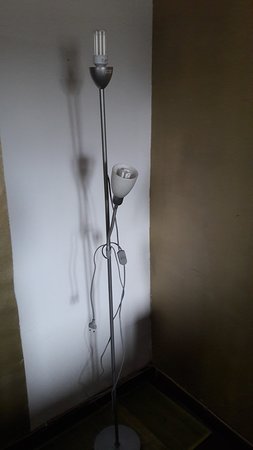 ¡Me encantó!
junho de 2020
Casa El Moro- my favourite place!
fevereiro de 2020
Ler todas as 198 avaliações
M & M escreveu uma avaliação a nov de 2018
Países Baixos234 contributos5 votos úteis
+87
Casa La Geria (part of Casa el Morro)
After visiting this house - Casa La Geria, we first thought being on wrong address. But unfortunately, this was not the case. It is unbelievable mass, about every single article is broken, rats walking in the house, things are eaten and house is not maintained at all, full of…
Ler mais
Data da estadia: novembro de 2018
Resposta de Raquel H, Owner em Casa el Morro
Respondeu a 21/11/2018
First of all, Apologies, my sincere apology if I was not understanding enough for your liking. This is how I see the situation: Sometimes the visitors can find a house is an horror, but us and a big percentage of owners , can find that the guest are also from an horror movie.... Anyone can loose control if or feels insulted, and I did. I walked in the house to find two individuals, one shouting at me saying “this house is s**t”, and at a very bad tone . This persons starts reporting a few things that are wrong with the house. This are the following things: A rat in the bed , a frying pan with scratches (easily replace), a kitchen door that rather than mould, has been painted with a technique called (distress) I hope is the right way to describe it Some mouse droppings, that finally are small pieces of lava stones ... As my point of view, every feedback that I recieved had no base for someone intelligent and that basicly wanted to enjoy a peaceful holiday.... Cold and damp ....present temperature of Lanzarote in November is 24 degrees in the day and min. of 17 degrees .. I agree there was rain on the day they arrived and the following day as well. I arrived at the house only because I was informed by the maid. There were suitcases made and the guest apparently were leaving. Nobody contacted me previously. I can see the pictures of the horror house not really revealing a horror house, hence pictures of some wood left for the wood burning stove .... to deal with the freezing temperatures (only joking) Casa La Geria is huge , in the middle of the country, in a natural reserve and overall a very rare gem. For people that really will appreciate what it offers. No fancy hotel no room service ... I agree that certain people prefer to spend two days of their holidays finding faults and making absurd pictures, instead of just looking through the window to see the views. It is also truth nothing could be resolved, the reason why is because I spent 20 minutes or more listening to some body speaking in Dutch with some body in Holland, I asked to have the opportunity to comunícate to this rep by phone and the guests simply replied you can use your own phone. A very small but very important detail and for my opinion that detonated this poor opinion was: The fact that one of the guest was very ill , very elderly with very reduced mobility. His point of view was that he struggled every time he had to go up the three small steps leading to the bedroom .... this wasn’t mentioned at the moment of booking la geria. No dead rats found ....no happy ending , no opportunity that we could make things work from both sides. So sorry that very rarely events like this happen. The only good news is that in every single chance and every single interaction with another human being, there is a lesson and loads to learn. Always willing to improve and offer the best side of our properties to our visitors. Regards, Raquel Hidalgo
Ler mais
Esteve em Casa el Morro? Partilhe a sua experiência!